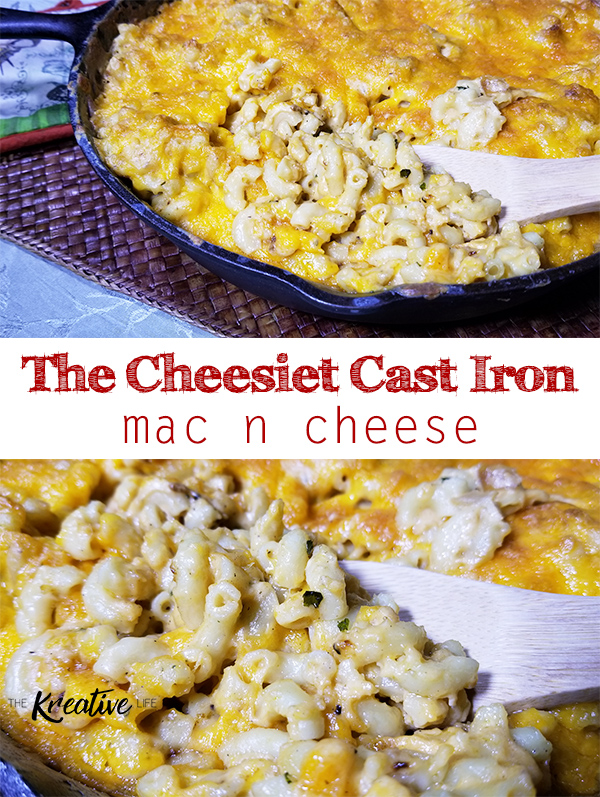 I’m a huge fan of mac n’cheese! I don’t mean the boxed kind. I mean the made from scratch, baked in the oven mac n’ cheese.

There’s nothing that can beat the flavor of melted cheese over soft elbow macaroni, seasoned just right.

I remember waiting in the kitchen just to be my mom’s taste-tester when she was baking a pan. I always had to get the first bite, even if it was piping hot out of the oven.

There’s not too many foods that I’m as passionate about, so over the years I’ve tried (and tasted) many variations of the recipe.

My Cheesiest Cast Iron Mac N Cheese is by far my favorite! It has just enough cheese to satisfy any cheese enthusiast and enough mac to make the kid in you smile! Enjoy!

If you like cooking in a cast iron skillet as much as I do, then you’ll love this cast iron strawberry shortcake recipe. 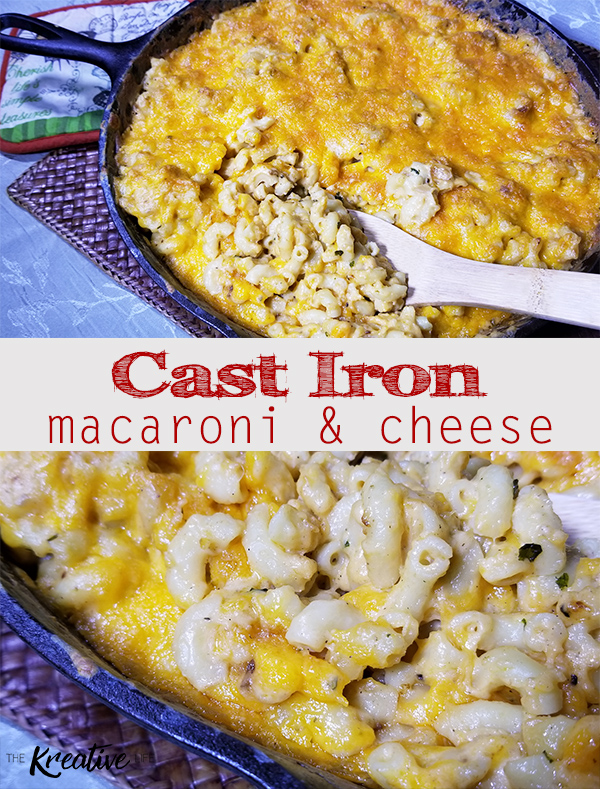