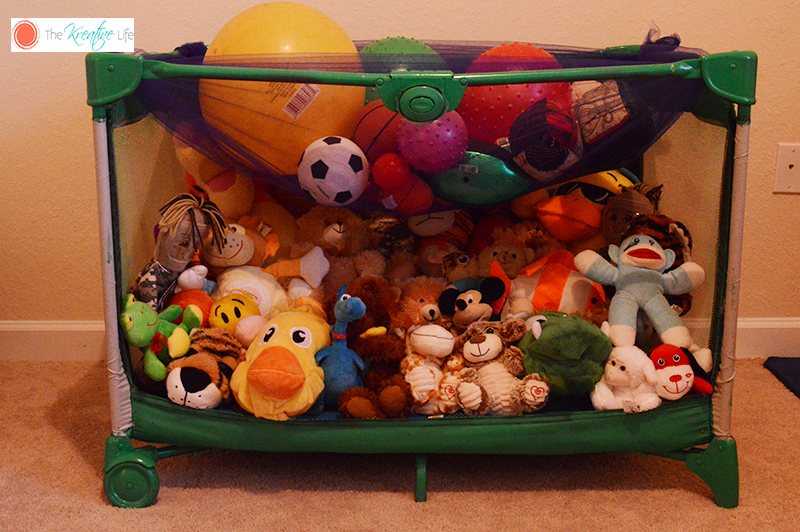 My sons love sitting in this old football chair that they’ve had for a few years now. They also don’t want to get rid of the tons of stuffed toys they have even though they don’t really play with them.

The problem is that the stuffed toys hangout on the football chair when I tidy the room and when my boys want to sit on the chair they just throw the animals everywhere.

They are pretty good about picking them up afterwards and sometimes not so much.

I needed a compromise that would allow them to sit in the chair and not have to fuss with their stuffed animals all of the time. 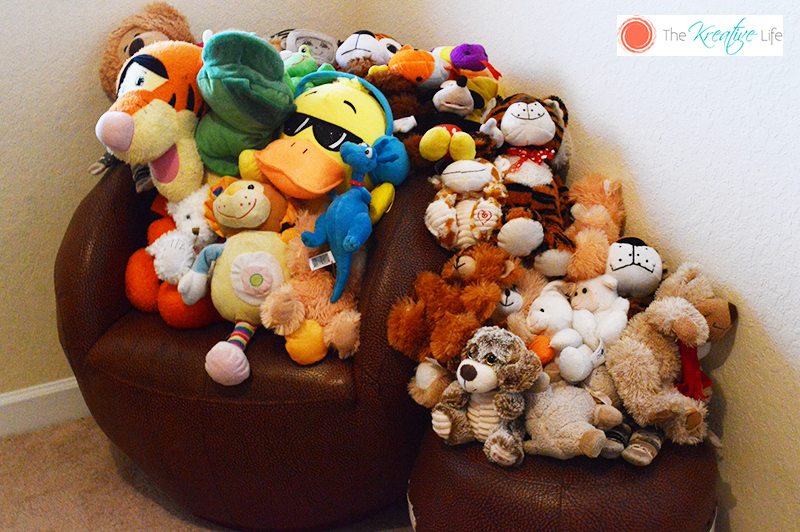 Doing something with their stuffed animals wasn’t a high priority of mine until I was cleaning out our closets and found their old play pen stored away.

I was going to give it away until I had the bright idea of converting it into a cute little DIY toy  storage for their playroom. 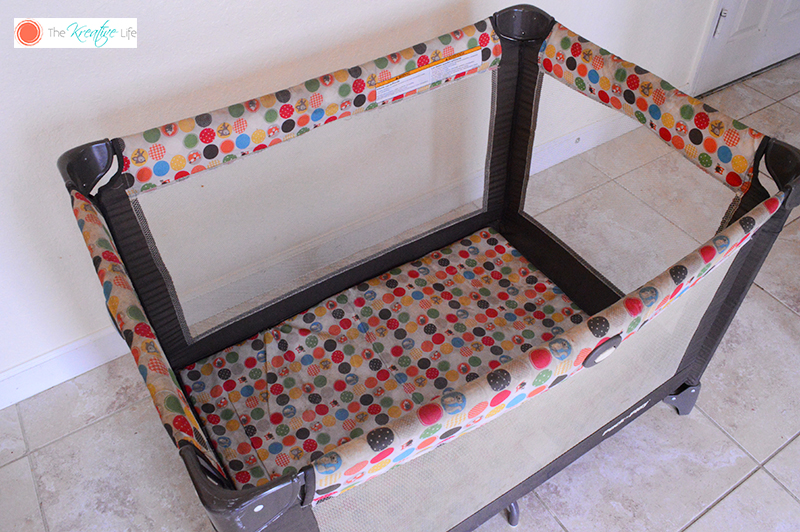 I cut off the front lacing of the play pen. That way they won’t have to reach over into it just to get stuff out. 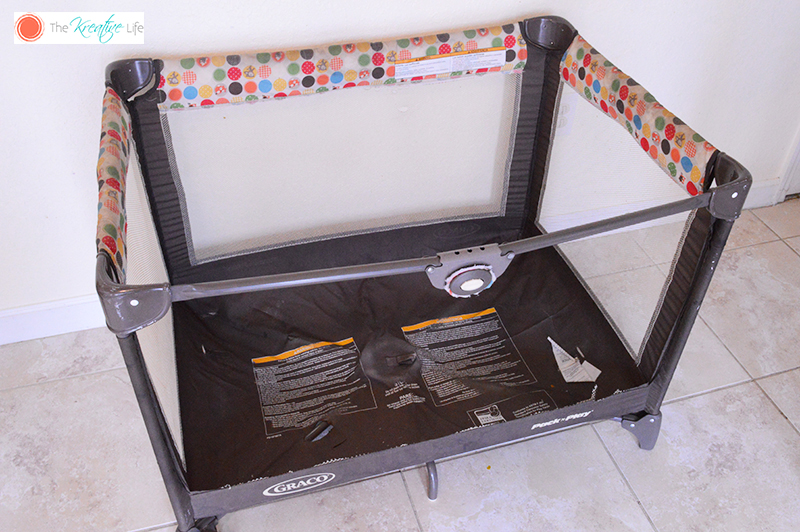 I used the Rustoleum Painter’s Touch Ultra Cover 2X in Spring Green to cover up the brown bar and the babyish graphics on the fabric. 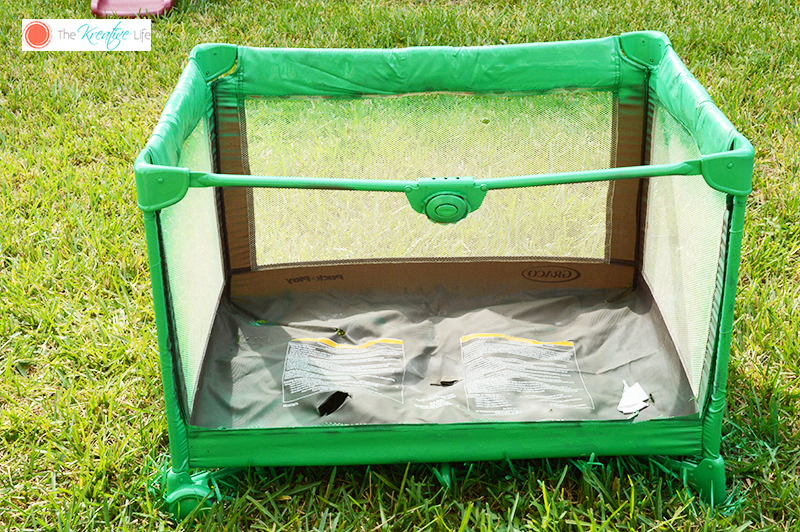 I painted the rest of the lining of the fabric by hand using white.

I padded the bottom board, just in case my boys wanted to get in there and relax with their stuffed animals.

I used an old baby blanket and some fabric glue for the covering. 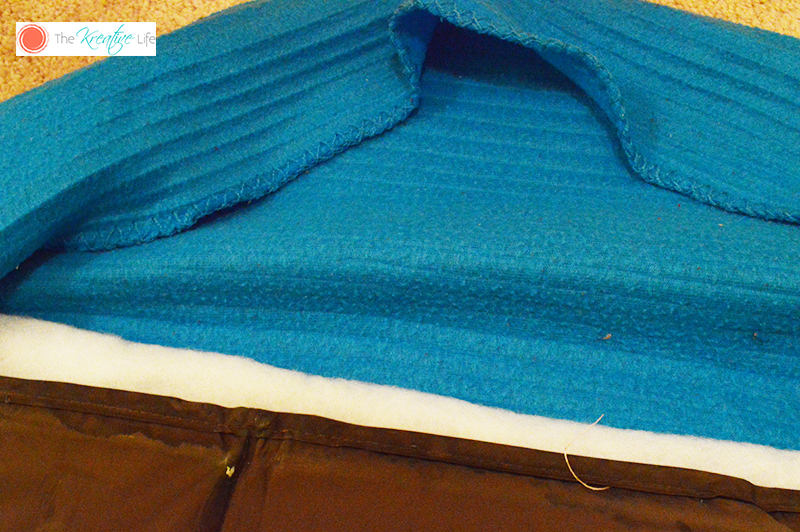 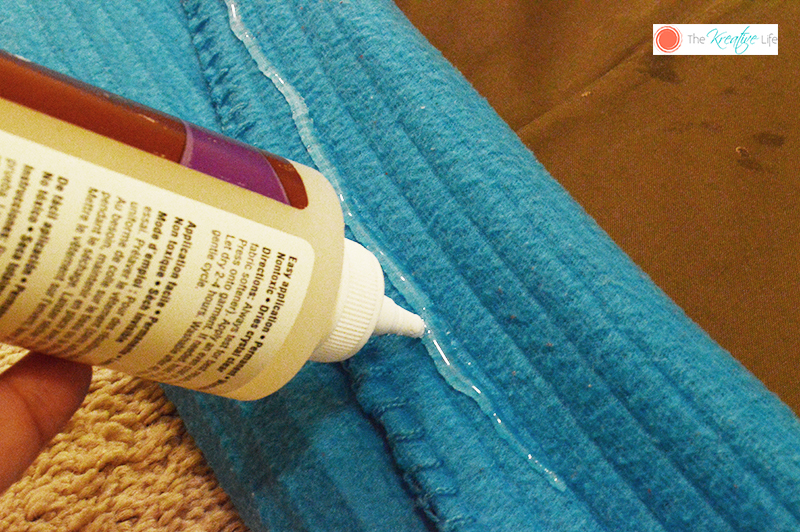 Last I used some old tulle and tied it around the posts of the play pen as the net for the balls. 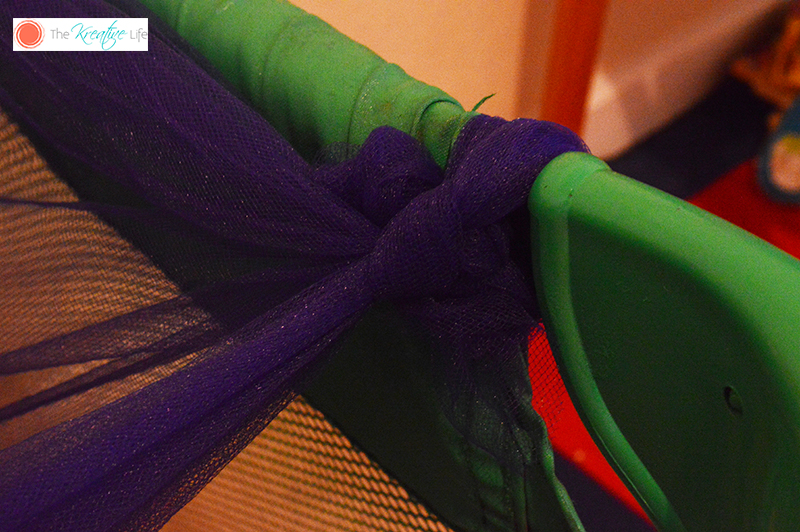 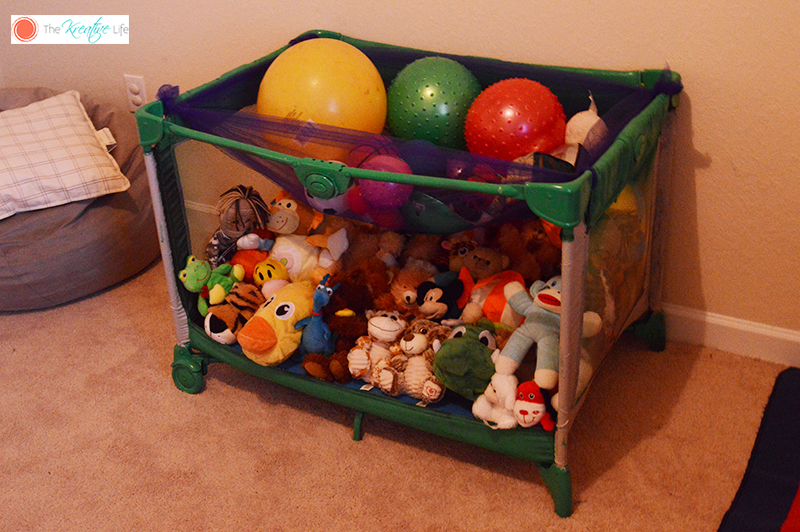 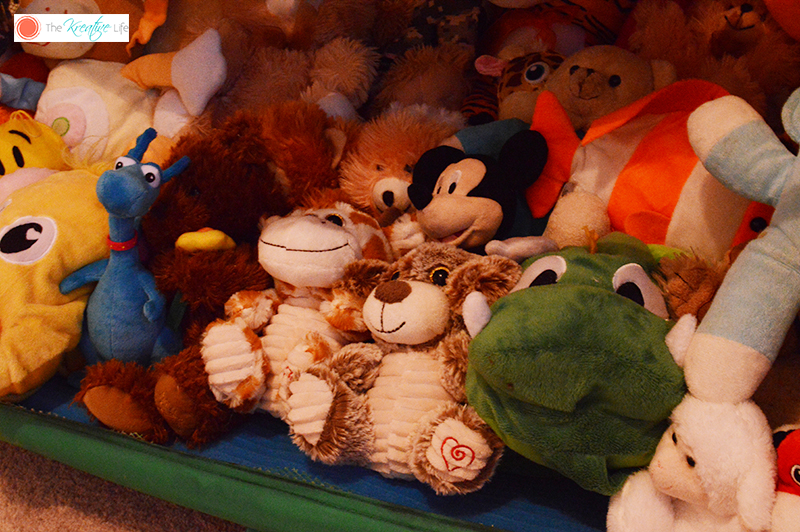