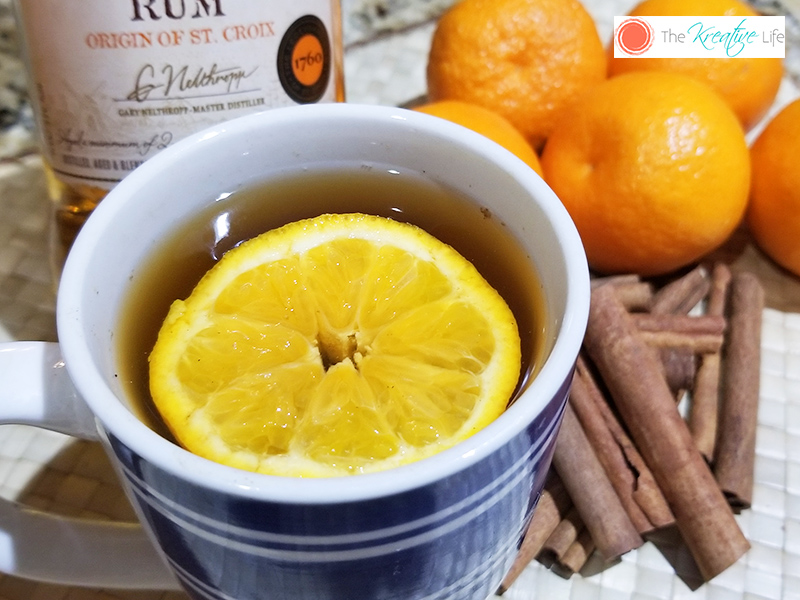 It’s been over 8 years since I’ve had the flu and it finally caught up to me this year! At first I was in denial when the sniffling and tiredness began. I thought it was going to be a basic cold that I could get over within a day or so because I never have colds for long. I thought I could continue to be a super mom and get it all done without skipping a beat. Boy, was I WRONG!!! The flu knocked me on my butt! My body hurt, my head was cloudy, and I felt completely drained. Not the end of the day drained, but that drained feeling one may get after running 3 marathons in a row, while typing up a report, while pushing a baby in a swing, while being in the hot sun for hours without taking a sip of water. It didn’t make sense! I finally had to accept the fact that I was sick. I did everything I could to make me feel better. My kids even gave me some time to get some rest, even though there was the occasional “Momma, can you…?” I was still able to relax. One thing that’s always helps me feel better when I’m under the weather is a nice warm Orange Cinnamon Hot Toddy.

I know it may all be in my head, but once I have my Orange Cinnamon Hot Toddy I start feeling better. I doubt that there’s any scientific proof (but I’m sure going to search the web for some) that it actually does anything to suppress flu symptoms, but it always helps me out. Maybe it’s the warmth or the nice comforting flavors, but it did its job. I’m not saying it helped my flu run its course faster, but it sure did help me relax. I hope you enjoy!

I steeped vanilla chai black tea in a hot cup of water. 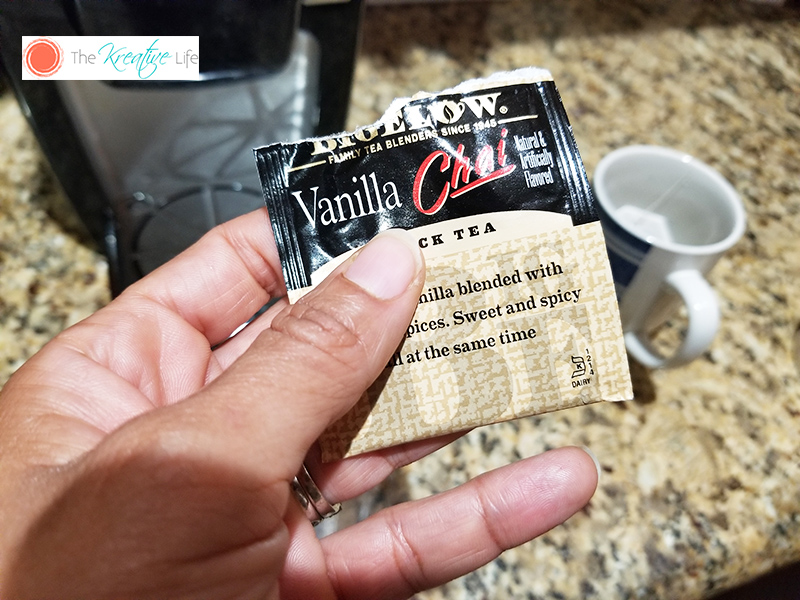 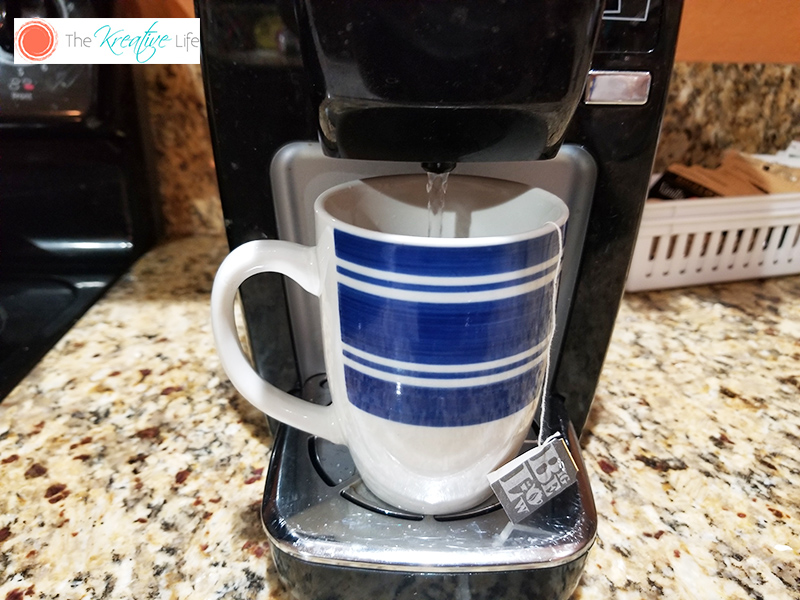 Then I added a cinnamon stick. 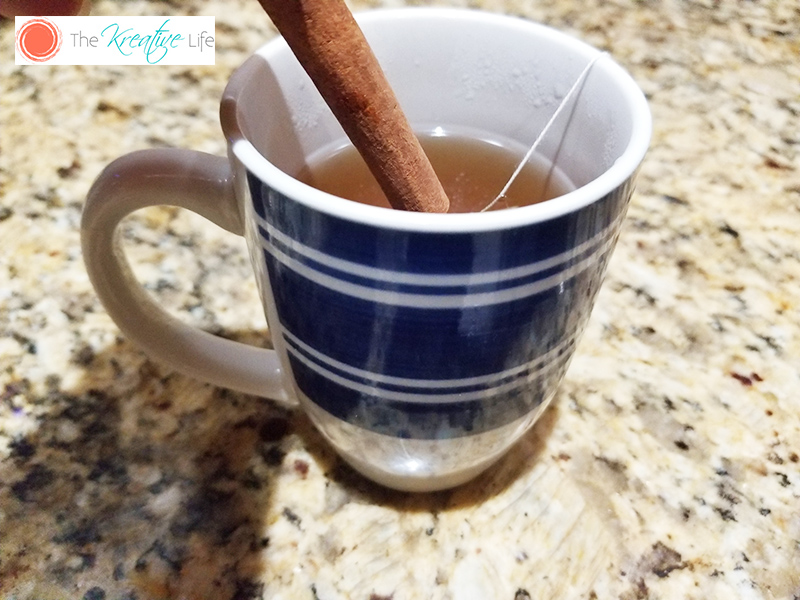 Next went in one shot of rum. 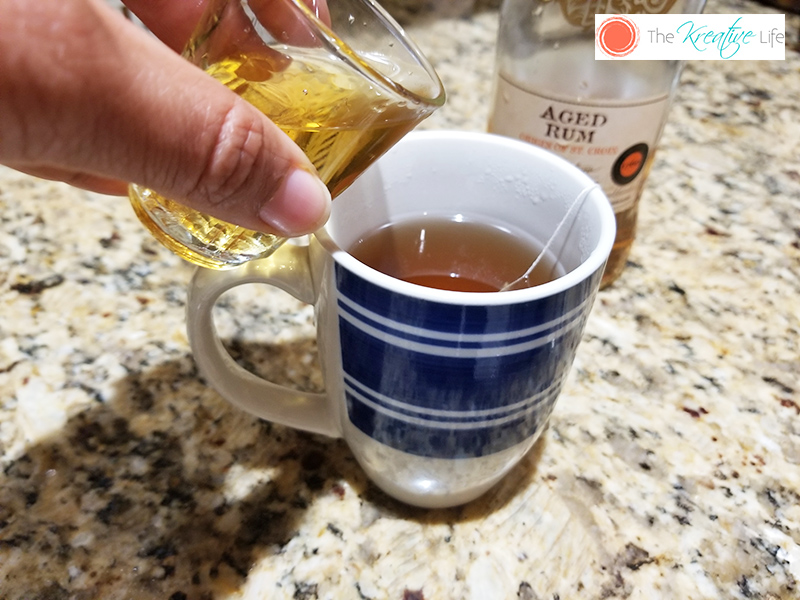 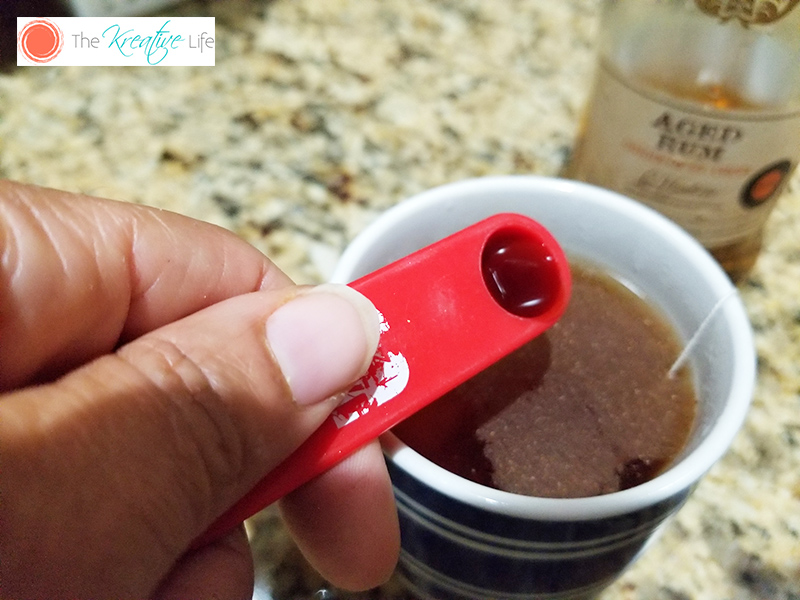 Last I squeezed fresh orange juice in and added an orange slice to the top. 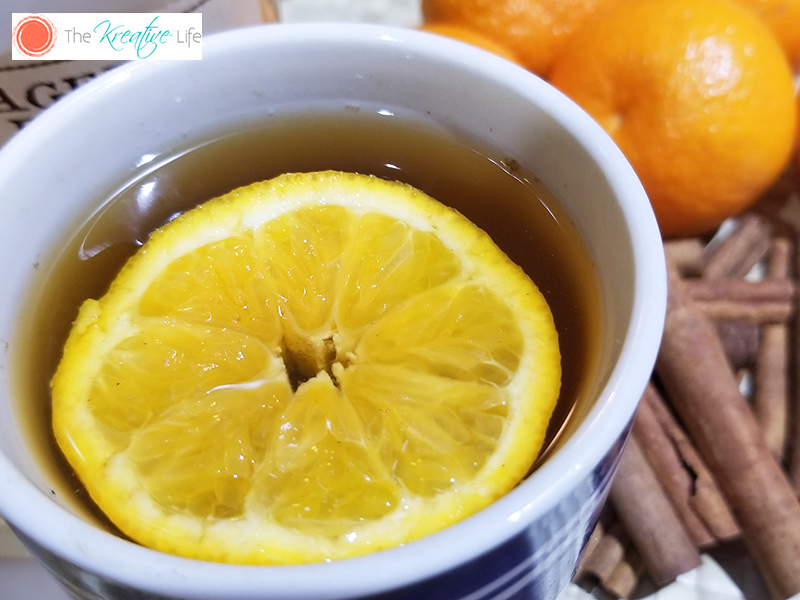 What special drinks, like this Orange Cinnamon Hot Toddy, do you make to help you feel better when you’re feeling under the weather? 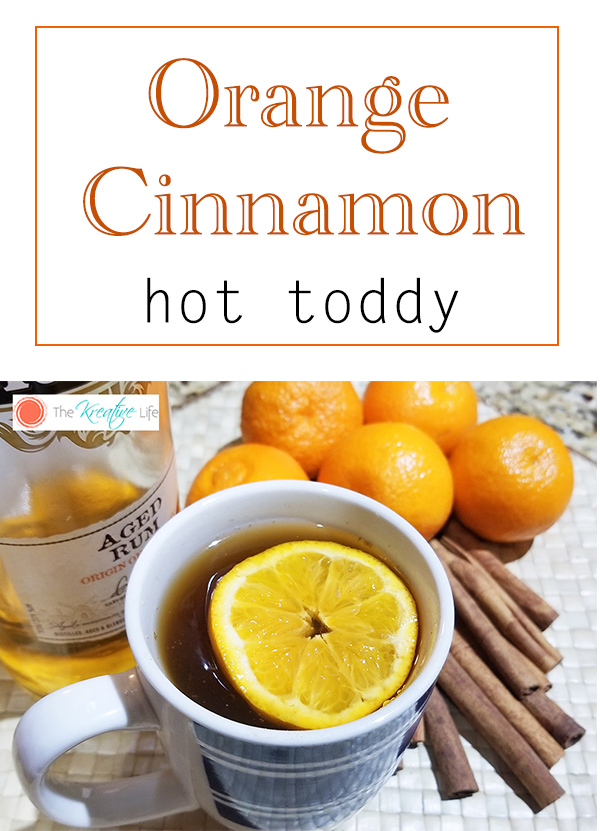