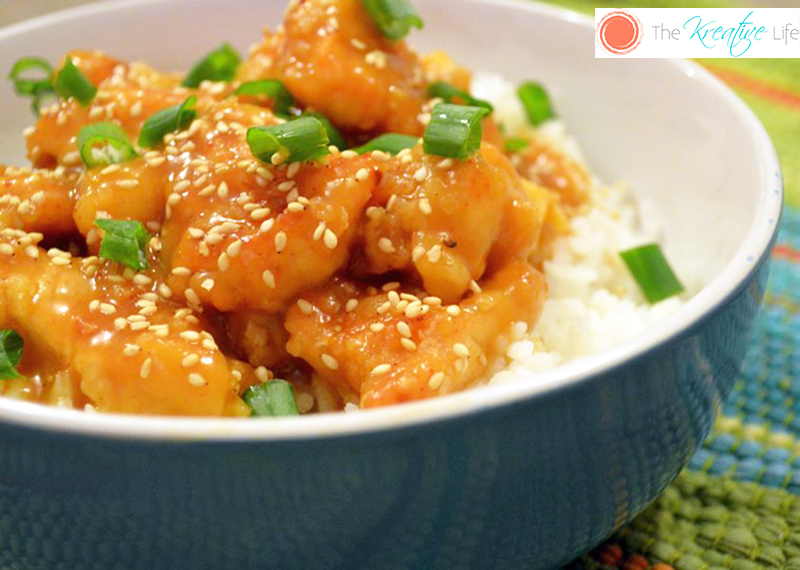 I think my pregnancy cravings are going to start wreaking havoc on my weigh because lately I’ve been craving greasy, unhealthy, fast food and a ton of orange ginger chicken.

I’ve been doing pretty well, so far. There are ten weeks left and I’ve only gained eleven pounds. Yay!

When I have cravings I usually try to power through them for a day or so just to see if it’s a real craving or something I just want to eat because I can use the excuse that I’m pregnant so I can eat what I want.

Well, waiting a few days hasn’t helped much. This past week alone I’ve eaten pizza, burgers, and now I want to make another Chinese food run.

I’m not a big meat eater, but there’s something about chicken recipes that get my mouth watering. I wouldn’t hesitate to over indulge myself in any chicken dinner, especially this chicken recipe.

Any Asian-inspired chicken recipe is my favorite type!

That’s why I decided to stay at home and make my own orange ginger chicken recipe.

The flavors of the orange glaze paired with sesame seeds

on the chicken is so delicious!

It also saves me money, decreases the sodium intake I would’ve had if buying from a restaurant (I hate swelling), and calories.

During my last pregnancy, I didn’t have much swelling until the end and that was caused by eating a little more fast food than usual because I was traveling halfway across the country.

With this pregnancy I’m doing my best to cut down on or eliminate the salt altogether from my meals.

I don’t add any extra salt to the chicken batter. Sodium is only found in the soy sauce

How To Serve Orange Ginger Chicken

My usual way of eating orange ginger chicken is over a bed of fluffy white rice.

I’ve also tried it with lo mein and stir fried

vegetables, chow mein and carrot strips, and I’ve even eaten it by itself.

No matter what, I always top it with sliced green onions. 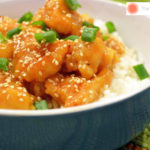 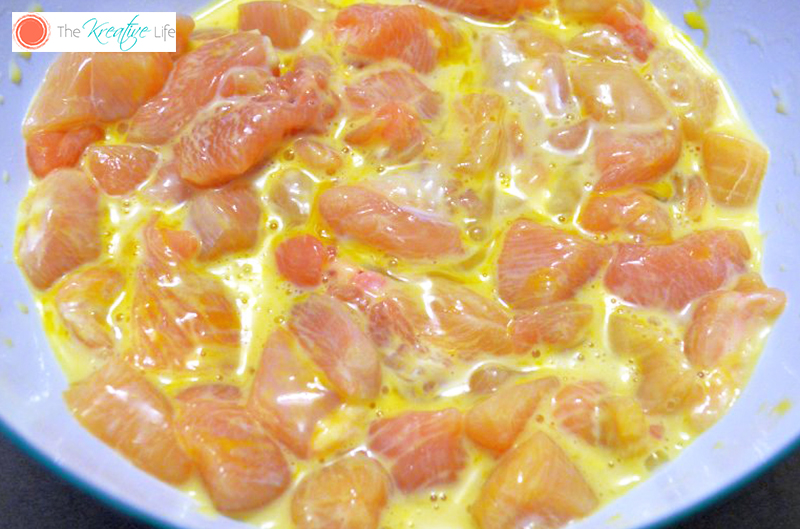 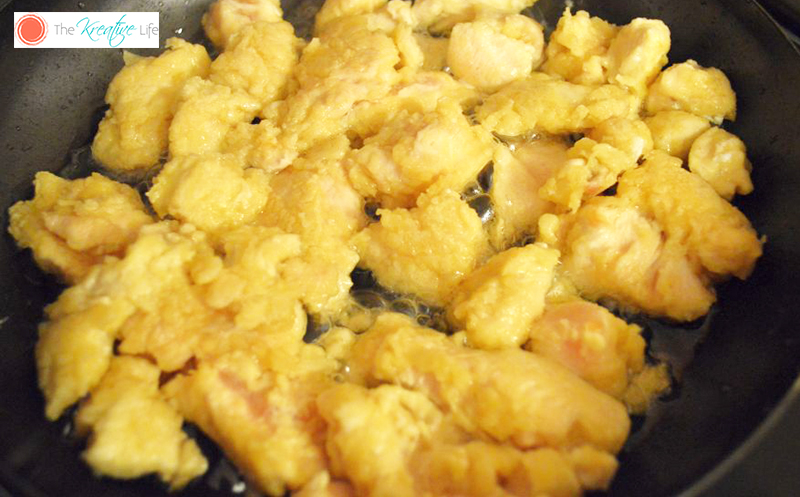 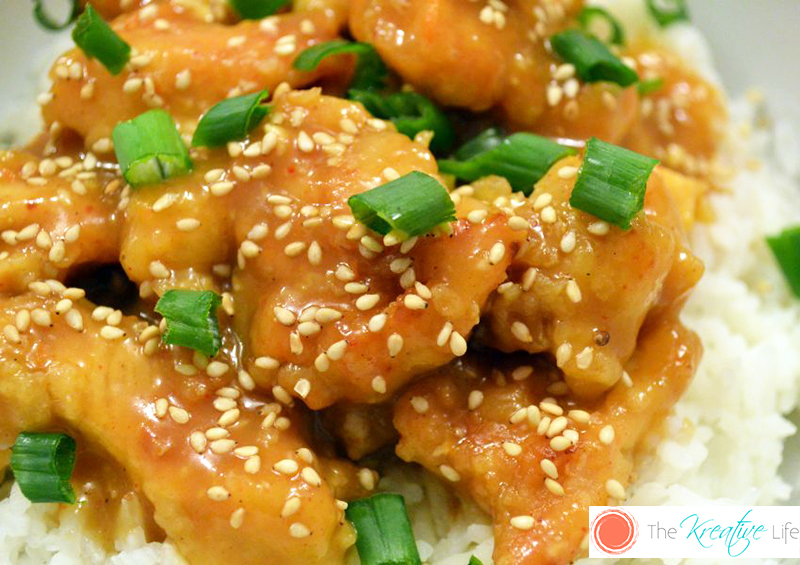 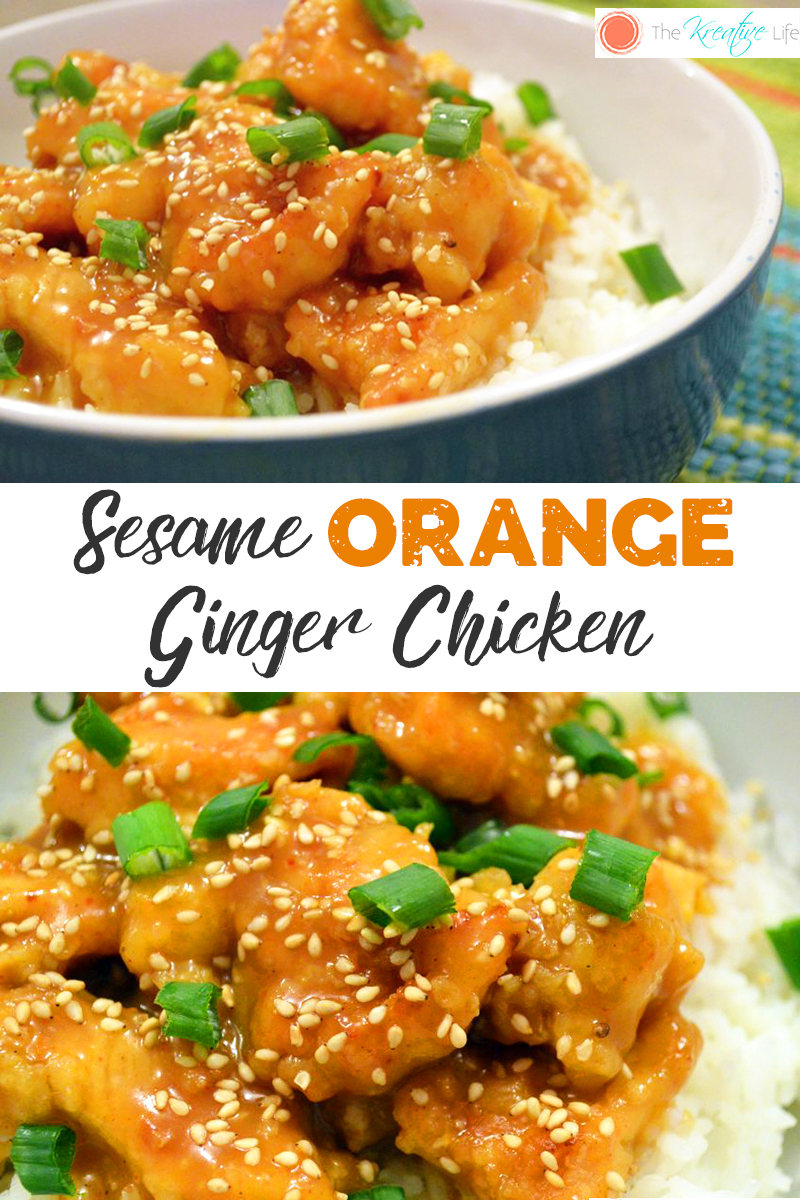