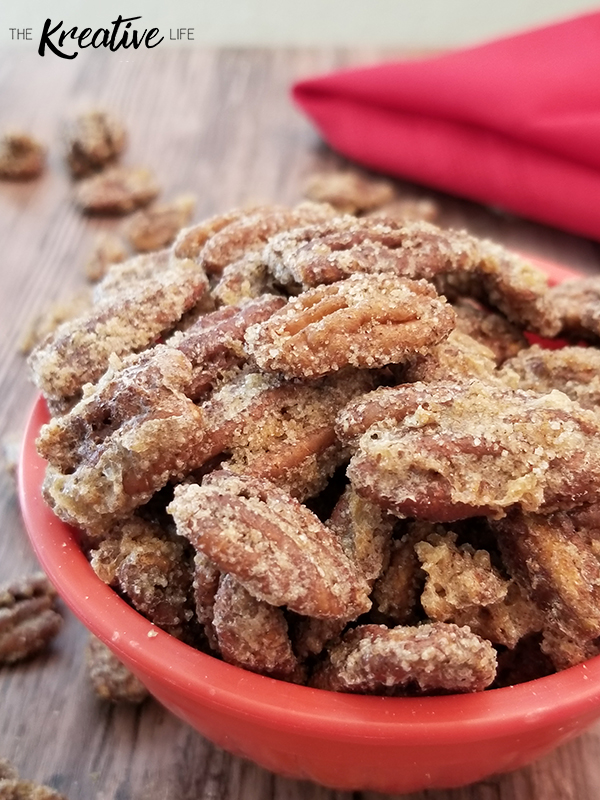 I’m a bigger sweet eater than my husband. When it comes to snacking, he’ll go for something salty and I’ll head for the sweets.

Watch out, cakes, pies, and doughnuts! I’m coming right for ya!

However, when my husband wants something sweet, he wants it homemade. Recently he asked for homemade candied pecans.

Well, specifically he asked for homemade southern pralines, but since I very rarely  have heavy cream on hand I usually don’t make this candied pecans recipe with it.

The recipe can be used to make stovetop candied pecans, but there’s something about having candied pecans in the oven that gives it a little extra flavor.

Also, the aroma from this keeps my home smelling good for a bit! The smell of cinnamon and brown sugar candied pecans being roasted always excites my taste buds! 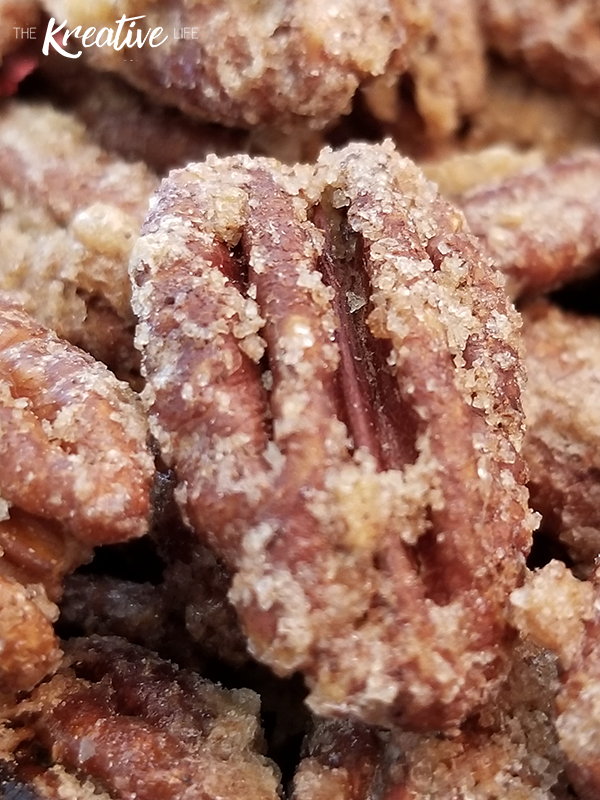 Roasted Candied Pecans – Not Just for the Holidays

I know a lot of people only think about eating pecans during the holidays with pies, but I like making candied pecans for salads or just eating them by themselves when I have a sugar craving.

Who says that I have to do what everybody else does?

I even thought about mixing these in with a bag of buttery popcorn. I bet that would taste awesome!

Since I love this candied pecan recipe so much, I want to share it because I think you all are really going to like it.

Once you give it a try, come back and let me know what you think. Enjoy! 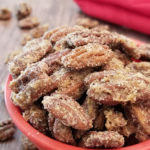 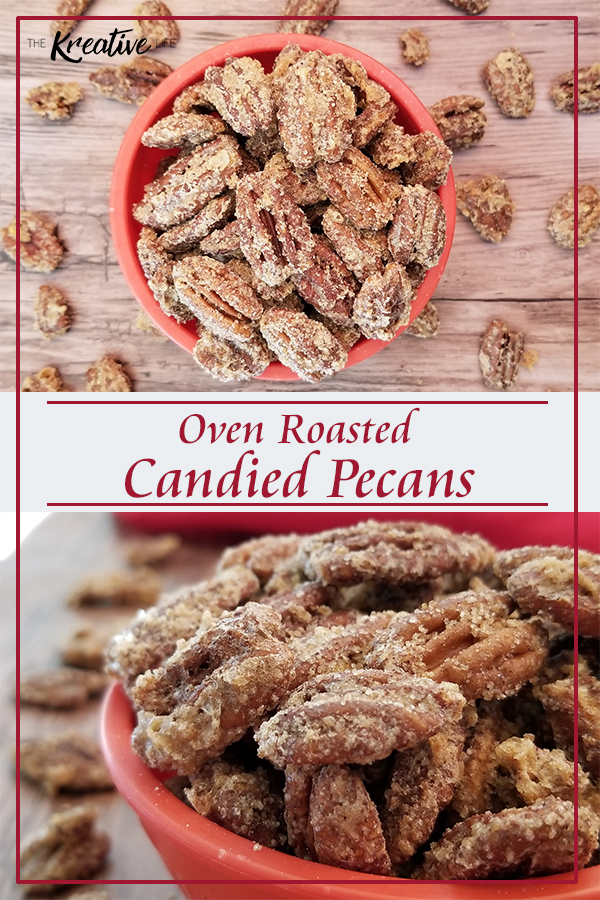 If you liked this easy dessert recipe, then you’ll love my Cast Iron Chocolate Chip Cookie. 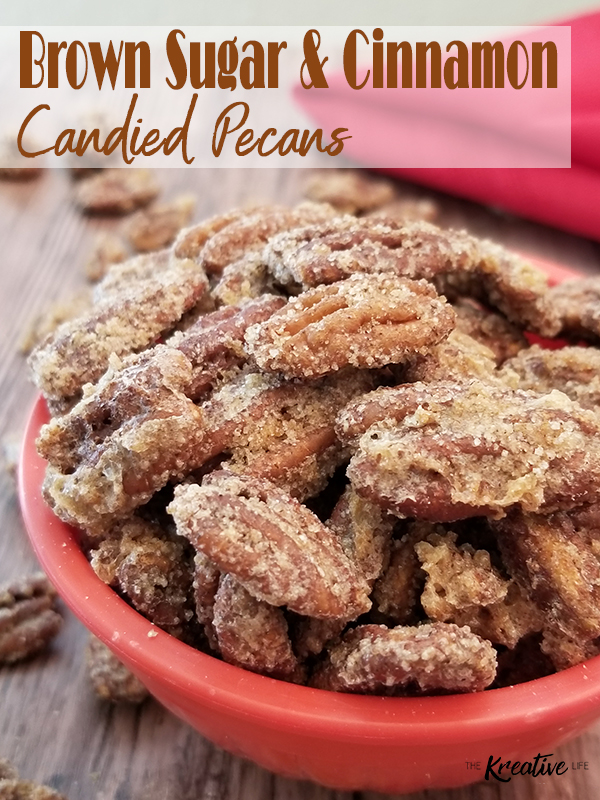