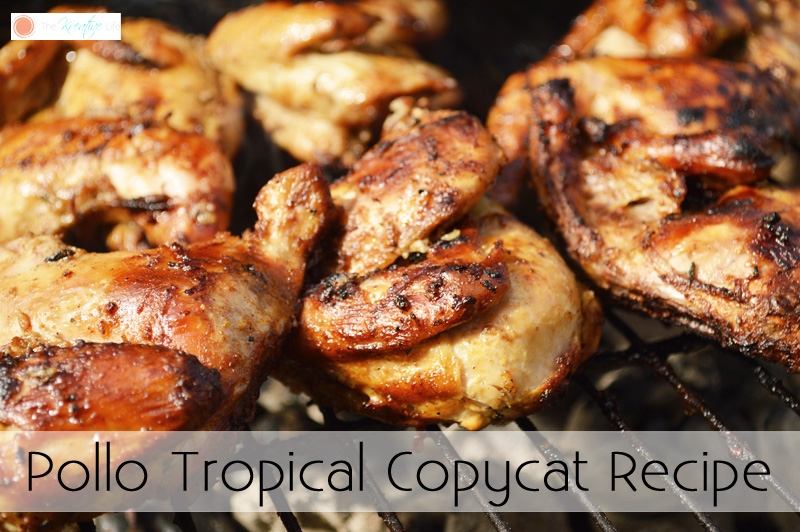 When summer hits I love pulling out my grill and firing it up!

There’s nothing like the smell of burning hot charcoals and the perfect seasoning blend for tropic pollo filling the air.

Usually it’s hard for me to find any type of restaurant food that rivals good home cooking, but I must admit that I have found one.

It is not your regular burger and fries joint. Every time I pass by one of these restaurants the drive-thru line is always super long.

The crazy part is that it actually tastes really good! You may not believe it, but trust me, the food is that good!

The restaurant I’m talking about is Pollo Tropical.

It has the best fire-grilled, tropical-seasoned chicken I’ve ever tasted. I’m not sure if it’s a national food chain or if it’s just in Florida, but if you so happen to drive by one, I suggest you pull over and check out the menu.

You won’t regret it!

I had my first experience at Pollo Tropical in the late 90’s when I moved to Miami to go to school.

I was already in love with all of the food that Miami had to offer, but finding a fast food restaurant that offered food that truly tasted homemade was amazing!

No more burgers, fries, or pizza for this college gal.

Nope! It had to be Pollo Tropical!

Moving back to Miami almost two decades later and I still prefer Pollo Tropical over any other fast food restaurant.

I wanted to try a Pollo Tropical recipe at home and all I can say is that the restaurant now has some competition with my tropic pollo marinade!

Like I admitted before, Pollo Tropical truly has some of the best fast food I’ve ever eaten.

It honestly took me at least four tries before I was able to get this Pollo Tropical copycat recipe just right.

Let me tell you that it definitely wasn’t easy. Even though there aren’t a lot of ingredients and it does include Goya Coriander and Annatto mix

, having even the slightest mismeasurement caused this recipe to not taste up to par.

That’s definitely not good in my book.

After all of that trial-and-error, I can finally say that I will not change a thing about this recipe.

Related From The Kreative Life: Chicken Caprese on Flatbread

My family likes it so much that when we plan a cookout, I start marinating the Cornish hens the night before.

It usually is a big hit with the crowd, especially when we have other island-themed recipes like my pineapple cream cheese dip as an appetizer and a Grand Marnier summer breeze cocktail for drinks.

This is what I call pulling out the big guns when I try to impress with my grilling skills!

Pollo Tropical Chicken Copycat Recipe – Not Just for the Grill

The original recipe calls for the chicken to be fire-grilled. When you visit a Pollo Tropical location, you can even see half chickens being fire-grilled in the back.

To be honest with you, there have been some days where I want to make this recipe, but it’s been too darn hot the entire week for me to even consider stepping outside, let alone cooking over a hot grill.

If you’ve been in this Miami heat, then you know exactly what I’m talking about.

I’ve learned to improvise and cook the chicken in the oven. I’d use an oven-safe grilling rack

or a glass casserole dish

I add 2 tbsp. melted butter to the tropic pollo marinade before rubbing it on the chicken.

I found that adding the butter to the marinade adds a little more flavor when it’s cooked in the oven. I’d cook the chicken halves for 45 minutes to 1 hour at 375°.

I still prefer the grilling method because I love that fire-grilled flavor. Nothing can beat it!

Whenever I make this recipe it’s a must to have black beans and rice. Since I’m not that great at making homemade black beans, I opt for Goya Black Bean Soup

Yes, I know it’s cheating and that black beans probably aren’t that hard to make, but honestly mine haven’t come out as good as the Pollo Tropical black beans or the Goya brand.

Another one of Pollo Tropical sides that I like is the corn. I like serving my own oven-roasted corn with this chicken recipe. The corn can also be cooked on the grill, as well.

I found that the Hawaiian dinner rolls go very well with it.

Pollo Tropical is known for its eight signature sauces. I like making my own fresh grilled garlic salsa to use, but I also like the regular barbecue and the guava barbecue flavors for chicken dipping.

To replicate the Pollo Tropical Hot Sauce I just take my favorite sauce and add a little cayenne pepper.

I do love my foods spicy!

My goal is to figure out how to make the pineapple rum and cilantro garlic sauces. I haven’t quite mastered those yet.

Now, that I feel that this recipe is as good as it gets for me, I’m definitely going to keep working on my black bean recipe, so I can stay away from the canned beans.

I also want to try a Tropichop recipe.

Hopefully, it doesn’t take as may trial-and-errors to get it right like this last one.

It’s really been a while since I’ve shared a recipe with you all, so I’m not going to make you wait any longer, but this one was definitely well worth the wait.

I hope you and your family enjoy this Pollo Tropical chicken copycat recipe! 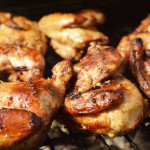 If you like this chicken recipe, then you may want to cook my Chicken Taco & Rice Casserole for your friends and family to enjoy! 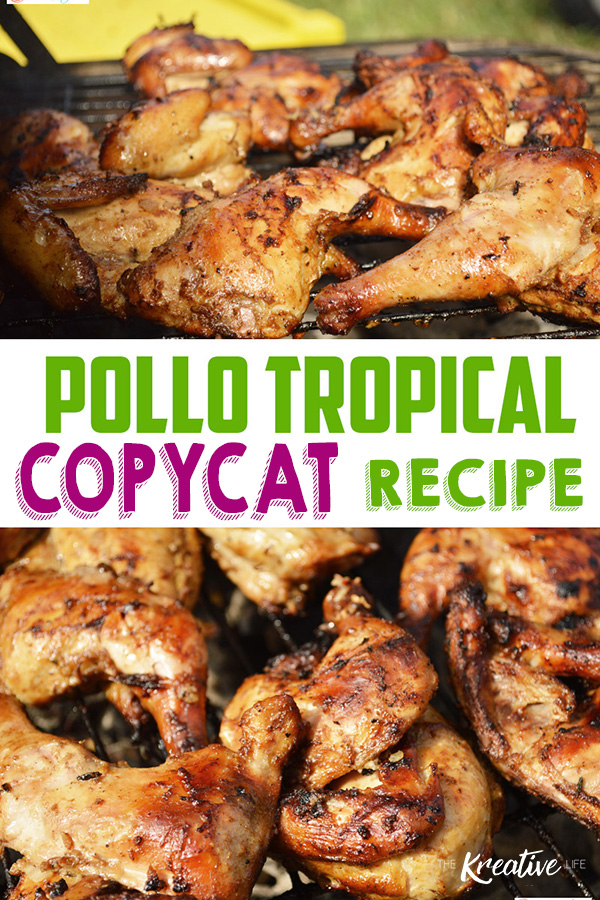 Previous Post: « Going Out Alone Female and Rocking It
Next Post: 10 Fun Bubble Activities for Toddlers to Learn and Grow »